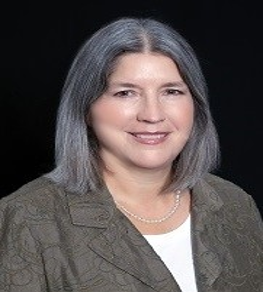 Suzanne Clark, RPh, PhD, is an Associate Professor of Pharmacology and Co-Director of the Center for Teaching and Learning. She received a BS from the University of Iowa, a Pharmacy BS from the University of Wyoming, and a PhD in Pharmacology from Duke University. Her publications have received 1932 citations (687 since 2013), with an h-index of 18 and an i10-index of 19, based on 19 peer-reviewed publications and 10 book chapters. She has been the P1/co-PI on 9 grants totalling over 160K. Her graduate research focused on in vitro models of epilepsy, anticonvulsant drug development, and glutamatergic/GABAergic processes, including contributing to the understanding of NMDA receptors in epileptogenesis and neurotoxic processes. Also while at Duke she worked as a hospital pharmacist and as a specialist at the Duke University Poison Control Center. She continued her post-doctoral research at the Durham Veterans Administration Medical Center/Duke University Medical Center, including helping to develop a funded Department of Defense Neurotoxicology Program Grant focused on military occupational exposures to neurotoxins and neurotoxic mechanisms. She completed postdoctoral work on AMPA receptors and chronic models of epilepsy at Colorado State University. She was an Assistant Professor of Pharmacology at the University of Wyoming School of Pharmacy, where she taught Pathophysiology to PharmD, Nursing, graduate and pre-professional students for nine years, was an affiliate faculty member in the Graduate Neuroscience Program, an original faculty member of the Biomedical Sciences PhD program, chaired and served on Masters and PhD committees, and held the Theodore O. and Dorothy S. King Endowed Professorship Agreement. Her research and scholarship focused on pharmacology, environmental toxicology, and occupational public health, the later for which she served on the Governor’s Task Force on Wyoming Workplace Fatality Prevention. She joined the CNU College of Pharmacy in 2014, where she teaches pharmacology and pathophysiology of the nervous system. Her current interests include neuropharmacology, public health, pharmacy education, and team-based learning.

Her national professional service includes being one of three core founding members who successfully submitted a proposal for the new Pharmacy Special Primary Interest Group (SPIG) within the 25K-member American Public Health Association (APHA). Within the APHA Pharmacy SPIG she has served as Secretary (2015-2016), Chair (2017), and is currently the immediate-Past Chair of the Pharmacy SPIG and Chair of the Policy Committee.